The Andrew Whyte Lecture 2012
In November Norman Dewis related the story of the 1952 Mille Miglia at the annual Andrew Whyte lecture at the Jaguar factory. I offered to bring the car to Jaguar in Mille Miglia spec to support this charity event. Something I was very happy to do as the wonderful books Andrew wrote on Jaguar competition cars have been a constant source of reference during my build of XKC 003. 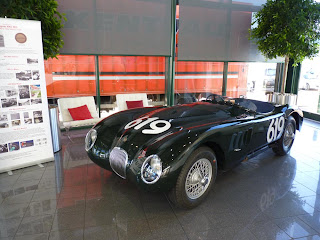 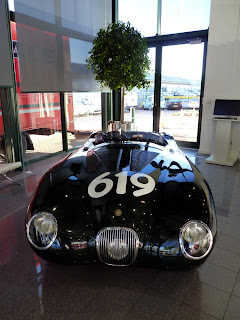 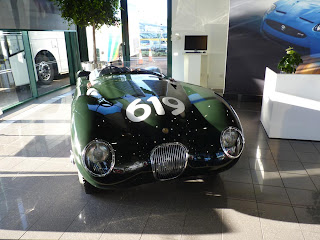 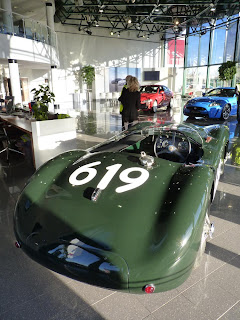 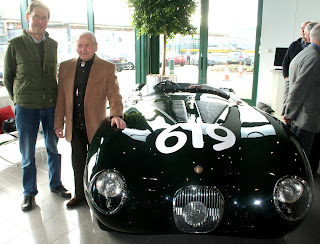 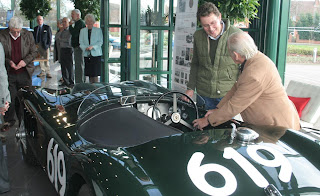 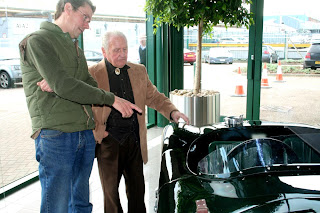 Note All images of Norman Dewis courtesy of Paul Skilleter. ﻿
Posted by Jerry Booen No comments:

The car finally turned a wheel in October. 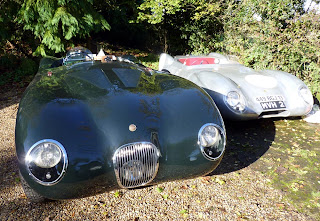 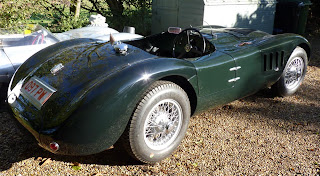 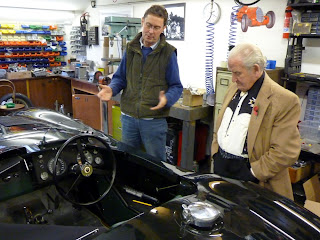 Assembly, Through the summer of 2012 the car has steadily been assembled. 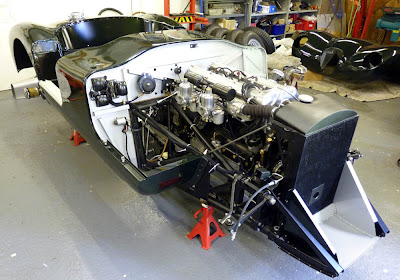 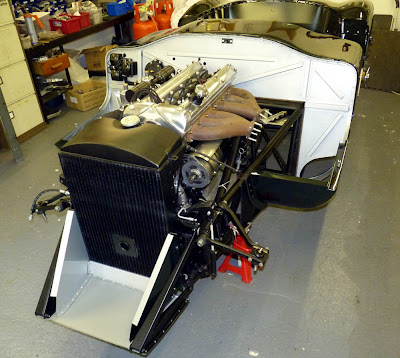 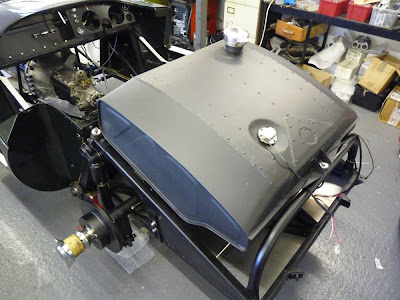 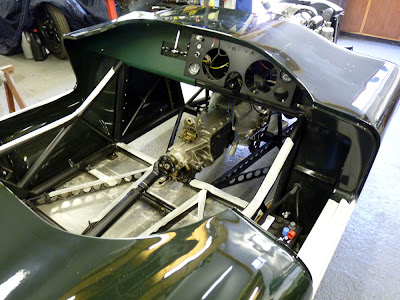 Brakes. Stirling Moss and Norman Dewis completed 827 of the 1000 mile Italian classic. They were lying in 2nd place against the might of works Mercedes and Ferrari teams when they crashed and retired. Dewis drove the car from Coventry to Italy and back over the Alps, a trip of 3129 miles all on the same set of pads in the revolutionary disc brakes. Based on aircraft brake technology they consisted of 20 pistons and circular pads. Discs were chrome plated steel. Significant pad "knock back" and fluid vaporisation were all problems which contributed to complete brake failure but a concentrated effort by Dunlop and Dewis's team at Jaguar managed to achieve a world first disc brake debut in April 1952 at Goodwood where Moss came 4th with fastest lap and then internationally at the Mille Miglia in May. Probably the best ever example of "racing improving the breed". These brakes have been reproduced as accurately as possible using a surviving caliper displayed at the Coventry Transport Museum. Modern brake fluid and seals seem to have eradicated the brake failures that plagued the original! 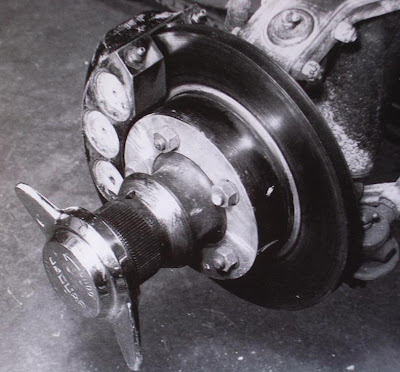 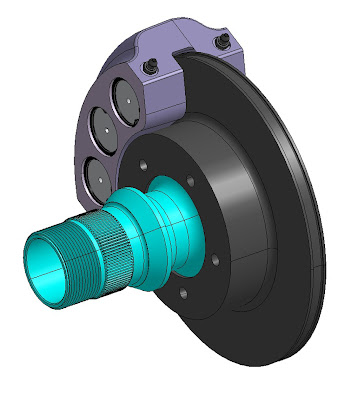 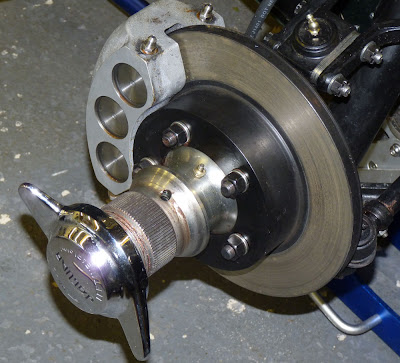 2012 Recreation of the Calipers 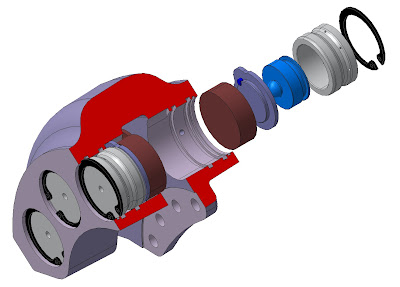 A Section Through The Caliper Pistons 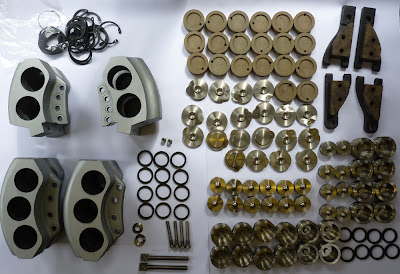 The Brake Components
Posted by Jerry Booen No comments: